Years ago when I was interviewing Lauri Kranz she told me about seeing Tim Keegan perform at SXSW and said that if she ever had the opportunity to collaborate with the artist of her choice, it would be Mr. Keegan. I wasn’t familiar with him at the time but after some digging around discovered that Tim had worked with the likes of Robyn Hitchcock and The Blue Aeroplanes and, at the time (this was probably around 2000), was fully engaged in his own project, Departure Lounge.

All the Departure Lounge CDs are available used on Amazon.com at very reasonable prices so I’d definitely suggest picking up the whole catalog if you’re into bands like Mercury Rev (later period), The Pernice Brothers, Galaxie 500/Luna. If you’re looking for a single CD choice, I’m partial to ‘Out of Here’ but only because it was my introduction to Keegan and his work.

Check out this awesome cover of Motorhead’s “Ace of Spades” (it’s in RealMedia format; I haven’t been able to find an MP3 of it), available on the “What You Have is Good” single.

I recently discovered that Keegan put out a solo album earlier this year called ‘Foreign Domestic’ (available as an import through Amazon) and I’m burning up iTunes credit right now downloading it! The songs I’ve heard on MySpace are similar to the stuff Keegan did with the Departure Lounge, as you might expect.

Here’s a video from the new album for the gorgeous track “On a Good Day”.

Usually I’d recommend picking and choosing the songs you download, but this week I think all the songs are worth checking out. iLiKETRAiNs may fill the hole in my heart left by the breakup of Aereogramme. Holy Fuck is an apt name and not at all what I was expecting. A Pavement cover by Cassettes Won’t Listen? AWESOME. The Cure provide loads of influence for A Shoreline Dream. Nice to see Longwave is still around. A lot of you keep coming for the new Division Day downloads so here’s another one. Viva Voce is re-issuing some of their earlier work and to get you in the mood has provided some tunes for you to check out. I don’t know who or what Reykyavik or Dikta is but I like the songs. And ex-Soul Coughing singer Mike Doughty continues to put out great and weird and normal pop songs.

BONUS: There are a number of .RAR blogs out there dedicated to ’70s hard rock. These blogs post links to entire album downloads of bands that are so obscure that even their grandmothers didn’t know about them back in the day. The albums, in many cases, were printed up in very limited quantities and though some 30 years later the bands still don’t have any name recognition, their music is incredible.

Something tells me that 30 years from now there will be websites dedicated to posting full length CDs in MP3 format by heavy rock bands from the 2000s in the same boat as those ’70s bands – great music but released in such limited quantity that it’s easy to have missed the bands the first time around.

One of those bands that I think will be more appreciated 10, 20 or 30 years down the road is Columbus, Ohio’s Murder Your Darlings. Made up of members of bands that you don’t know, MYD put out their first album, self-titled, back in 2005 with the help of Reptilian Records. It’s loud, abrasive, a marriage of metal and punk along the lines of the Jesus Lizard, Alabama Thunderpussy, early Nirvana, Black Flag, The Stooges, The Means, etc., etc.

The band’s new album, ‘Modern Man Blues’, is available right now through CDBaby and will be available through other resources (iTunes, Amazon, etc.) sometime in October or November. Buy a copy now so that you can be the one to start the blog 30 years from now and post this album that’ll make the kids of the future go apeshit and question why Murder Your Darlings was a band they had never heard of.

From ‘Murder Your Darlings’ 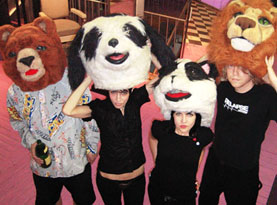 A far cry from the Sonic Youth-inspired indie rock noise she was creating in the mid-90â€™s as a member of Bostonâ€™s The Dirt Merchants, Maria Christopherâ€™s latest venture, 27, is breezy electronic pop with jazzy elements. The bandâ€™s sound hasnâ€™t always been this fully orchestrated â€“ early efforts left room for improvement but set the structural foundation for Christopher and ex-Spore guitarist Ayal Naor to build upon over the course of three full lengths. For those disappointed with Estheroâ€™s 2005 glossy pop follow-up to her 1998 trip-hop classic ‘Breathe from Another’, check out 27â€™s “Louder Than Words,” “Closer to You,” and “Windows and Glass” where Christopherâ€™s voice shines.

MP3: A Million Years
Buy: Holding on for Brighter Days

The new album isn’t so bad but I was a bit hesitant to drop $50 for a ticket to see the Smashing Pumpkins in Columbus on October 11 because I didn’t want the setlist to be heavy with new material with the “hits” being saved for the encore.

Now, normally I’m all for bands with a deep back catalog of hits and a new album to promote playing the new stuff. In fact, I wonder what the point is for bands like The Scorpions or Journey or Superchunk or whoever to keep recording new music when the fact of the matter is that live, fans only want to hear the classics. Think it’s rough for those bands to be truly excited about ALL the songs on their new albums knowing that there are probably 6 or 7 of those tracks that will never be played live … ever?

I digress. If you want to see what the Smashing Pumpkins have been playing on their new tour, check this site out – there are setlists from pretty much every Pumpkins show EVER including the new tour. It looks like it’s a Greatest Hits tour with just a few new songs making it into the set each night.

Here’s a fan-filmed “Bullet with Butterfly Wings” from the September 19 show in San Diego. 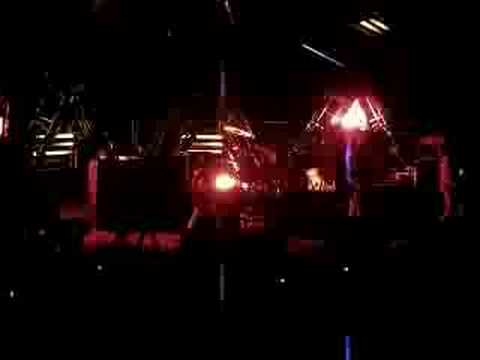 I usually don’t waste my time responding to the MySpace bulletin survey things where you have to answer 100 questions like “Who was the last person you kissed?” and “Kool-Aid or Hi-C?”. But I saw a bulletin called “Life Soundtrack” from Shirley (who played bass in Log) that intrigued me. I decided to fill it out and post it here.

If your life were a movie, what would the soundtrack be?