Chris Zerby and Julie Chadwick used to be in an incredible band called Helicopter Helicopter. After deciding they had done all they could do in Boston, they moved to L.A. to give H2 a new start but soon started recording music as a side project they called Hello Dragon. After going through the whole traditional CD release thing a few times with H2, they’ve decided to embrace technology and allow people the option to download the Hello Dragon stuff via their MySpace page. Fans who want to support the band can pick up a limited edition EP, each copy with a unique hand-painted design, for $5 (+$2 shipping).

Chris recently answered the following 3 questions about track number 3 from the EP, “Dirt and the Body”. Before getting to his answers, head over to the band’s MySpace page, queue up the song (or download it), and use it as reference when reading what Chris has to say about the track.

Is track 3 representative of the whole CD?
Kind of, but not really. It’s the catchy one. (See answer #3.) So I didn’t really have a choice.

Whatâ€™s the story behind the song – from the lyrical content to the way it was written and recorded?
The song was mostly recorded at my little studio End of the World, and was mixed by Bruce Macfarlane here in Echo Park. I don’t really know what it’s about; I guess it’s kind of a comment about how we spend so much of our lives dealing with our day to day needs, and manage to ignore the really important things. Like space travel and the size of the universe. And kitten rescues. And the behavior of subatomic particles. And the joys of a really good pre amp. And sea creatures. All that stuff.

Was there a particular reason you placed this song in the #3 spot on the tracklisting?
I put it third because you always start with the best song. Track two should throw a little curve ball at the listener. Track three should be the second best song and should always be catchy. It’s a tried and true formula, and really, you shouldn’t deviate from it; you can really fuck things up if you do.

“This is the second coming of The Libertines,” I said to David during the Black Lips afternoon performance at the Fader party at SXSW 2007 even though I had never heard a Libertines song in my life. I figured that these British kids MUST be ripping off Pete Doherty’s band. If not in sound, than in that dirty, rotten punk attitude.

“I don’t think these guys are from England,” David said back. “And they don’t really sound like The Libertines.”

Shows you what complete ignorance and a whole lot of free booze will do to ya.

The Black Lips have a new album coming out on Vice in September called Good Bad Not Evil. It’s loaded with primative ’60s garage punk songs like “Katrina” and “How Do You Tell a Child that Someone Has Died”.

A few September tour dates have been announced and include:

Now, if you believe everything you read (and in the Black Lips case you absolutely should), you may witness some of the following during a live show: puking, pissing, nudity, fireworks, spitting, members of the band making out with each other, and blood.

Here’s “Katrina” from the new album. 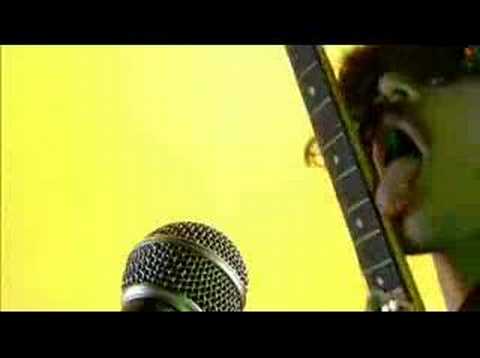 And while you’re here, how about an MP3 to check out?

I recently participated in the Contrast Podcast CD Swap. I failed in my mission to mail out a mix CD to the person I was assigned (Coxon from To Die By Your Side) but I did send him a link to where he could download the mix CD that I spent a lot of time putting together. I decided to expose someone from England to a wonderful mix of Columbus bands, past and present and 20 of my favorite songs by those artists. Coxon chose “Ditchdigger Blues” by The Evil Queens to play on the podcast – a fine, fine selection. I received a great mix CD of Canadian bands from Jim from Quick Before it Melts and I chose to play “Heaven is For Easy Girls” by The Awkward Stage.

As an added bonus, you can download the mix CD I made and sent to Coxon which I lovingly called OH CRAP: Contrast Podcast Edition.

END_OF_DOCUMENT_TOKEN_TO_BE_REPLACED

The disadvantage to living in Columbus, Ohio is that most of the bands in my backyard will never play a show outside of the city, let alone the state. They’ll consider success getting an evening slot at the annual arts and music festival. They’ll be excited to play in front of 200 people at their CD release party. But that doesn’t mean I wouldn’t sign them in a heartbeat if I worked for an indie (or even major) label.

The latest band that I’ve added to the Record Label in My Head roster is The Hot Damn. I don’t get out like I used to to check out the new bands on the local scene so The Hot Damn escaped my radar until I downloaded podcast #82 from Patradio.org. Seems as if Pat included a few tracks from the OH CRAP compilation that I had put together on his podcast and I wanted to see what else he was digging at the moment. While there is a ton of really good stuff on this podcast, it was The Hot Damn track, “We Call This a Cycle”, that really stood out.

Download “We Call This a Cycle” by The Hot Damn