A little light with the downloads this week but still some good stuff to check out over the holiday weekend.

Leonid Maymind has just released his first collection of homespun indie folk under the name Spanish Prisoners. At eight tracks, Songs to Forget is the perfect length to serve as an introduction to this songwriter who undoubtedly will get some blog love over the next couple of months. There are many bits and borrowed pieces of early ’90s lo-fi rock spread throughout the tracks, bands like Pavement, The Silver Jews, and Will Oldham serving as reference points.

So, Mr.Maymind, how about answering some questions about “How the Fallen Fell”?

Is track 3 representative of the whole CD?
Track 3 is called “How the Fallen Fell.” I was trying to expound upon my feelings of how society treats poor people and the lower classes, which in my humble opinion, is not very well. The song also touches on the materialistic tendencies of people. So I would say the track is representative of the whole CD in that the lyrics are about a part of human nature that I’m interested in. I wouldn’t say that it is very representative musically because my songs are pretty eclectic and they are all pretty different from each other. This is just because I like a lot of variety in sounds and textures when I’m both listening and making music. I guess you could say that track 3 is representative in that it does a lot of things I like songs to do: have background noises, not follow a strict structure, construct a feeling; those are things that I’ve tried to weave into all my songs, regardless of the musical feel.

Whatâ€™s the story behind the song – from the lyrical content to the way it was written and recorded?
The lyrical content- see number 1. I recorded this song, like most of the others on the record “songs to forget” in my basement on a modest studio I have set up down there. The chord progression was something I came up with a really long time ago and was working on lyrics to fit with them for a few months before it felt right. I played everything on the track except for the drum fills, which my friend Steve Neola did in about half an hour. The creepy feedback noise at the beginning and end is an electric guitar run through a few feedback mechanisms that self-oscillate. Also, the noise in the quiet section of the song is me dropping silverware on the hardwood floor in my dining room and recording it! That was pretty fun.

Was there a particular reason you placed this song in the #3 spot on the tracklisting?
No particular reason I placed it at number 3. I actually don’t like it in that position anymore, so when I release the expanded version of “songs to forget” it’ll have a new tracklisting that I think works better (and thus makes this whole thing moot). I’m working on a few new songs on my own and am going up to Kent, Ohio to record a song with Todd Tobias (Robert Pollard, GBV) so look for that soon!

Listen to “Death or Radio” from the forthcoming Zolof the Rock and Roll Destroyer release, Schematics.

In the dog days of summer, nothing sounds better than an ambitious power-pop album played at full blast in a top-down convertible. Fortunately, Zolof the Rock and Roll Destroyer understands this and has, over the course of five years, given music listeners plenty of refreshing pop confections that are not only fun to listen to but to sing along with as well.

Following closely on the heals of the split covers EP with Reel Big Fish, Duet All Night (featuring remakes of Madonna’s “Dress You Up,” Michael Jackson and Paul McCartney’s “Say Say Say” and Human League’s “Don’t You Want Me” among others), Zolof the Rock and Roll Destroyer is prepping for the release of their third full length album, Schematics, due in September.

I caught up with singer Rachel Minton just before she hit the road to start her summer (touring) vacation.

END_OF_DOCUMENT_TOKEN_TO_BE_REPLACED

Blind Melon reunited last year with new singer Travis Warren. Since that time, the band has been busy at work recording two CDs worth of material. Now it’s time to take the show on the road and play for the first time since Shannon Hoon passed away in 1995. I developed a special bond with the band earlier in their career and was saddened at the loss of Shannon as well as the inevitable breakup of undoubtedly my favorite band at the time (and probably in my top 3 favorites ever).

I was alerted to the fact that there is a Blind Melon show listed on the calendar for the club The Basement in my hometown of Columbus, Ohio on Saturday, October 13. It excites me to no end to discover that the first “leaked” tour date just so happens to take place in my backyard. And, it’s the same week as two other reunion shows I’ll be attending – Van Halen (Cleveland, Oct.10) and the Smashing Pumpkins (Columbus, Oct.11).

I suspect more dates will start showing up in the next couple of days. 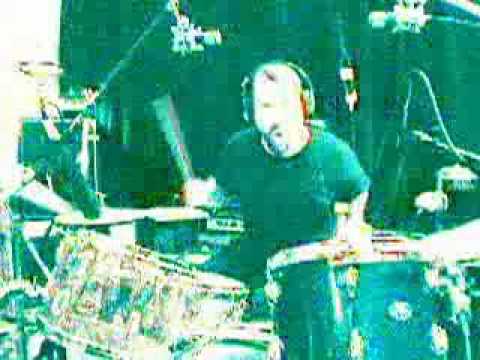