… you’ll never convince me to a) own any of his music or b) pay $500 to sit in a nosebleed seat at one of his shows. But in the latest “HUH?!?!?” moments in Matt Sweeney’s post-Chavez career (Early Man, Zwan), the gun-for-hire guitarist shows up all over Neil Diamond’s new record thanks to Rick Rubin. And if you squint real hard, you can see Sweeney playing guitar with Diamond at a recent surprise concert sponsored by MySpace in the tiny NYC club The Bitter End (he’s the balding guy facing the camera). 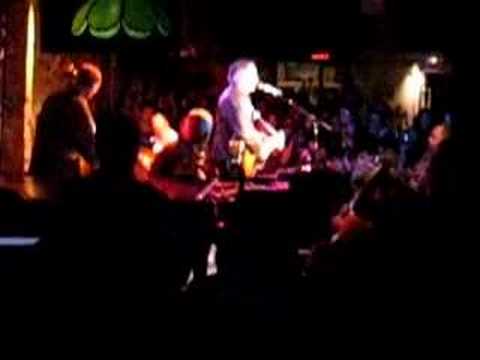 Sweeney was interviewed by Billboard.com about his hookup with Diamond (nah, I still can’t believe it either) and my favorite part was the very last sentence in which Sweeney says about his upcoming plans, “I hope to do Chavez stuff as well”.