I’m sure I’m not the only person that will make this connection but I might be one of the few that care. Nikki Sixx (Motley Crue) announced that he’s signed Chosen Son to his label, Eleven Seven. The lead singer’s name (John Allen) looked familiar and when I saw that Chosen Son is from Maryland, I didn’t even have to add up the pieces. John Allen, in my book, will best be remembered as the drummer for Child’s Play, a sleazy, long-haired rock band from the early ’90s that was – probably rightfully so – lumped into the hair metal genre.

John Allen did some time in SR-71 after Child’s Play before fronting his own band. Also interesting to note, Nick Kay of Child’s Play is also in Chosen Son. Unfortunately, the new band is going towards the Buckcherry sound and sounds a little too much like everything else on modern hard rock radio these days.

Former Catherine Wheel singer Rob Dickinson is set to re-issue his 2005 Fresh Wine for the Horses album on June 10. Not really sure how I feel about this – I mean, shouldn’t he be releasing a new album instead of re-issuing an old one with a bonus CD? Yeah, he should, but when the bonus CD contains re-workings of 6 classic Catherine Wheel songs, well, I *guess* maybe that makes it worth it. While I haven’t run across a single rumor to support this, wouldn’t it be cool if the reason Dickinson is doing this is to get people interested in Catherine Wheel again so that the band can reunite for a new album and tour later this year? If Swervedriver can do it, anybody can.

One of the songs on the bonus CD is “Crank”. You remember the original, right? (No joke – I can NEVER listen to this song just once – I usually spin it half a dozen times in a row) 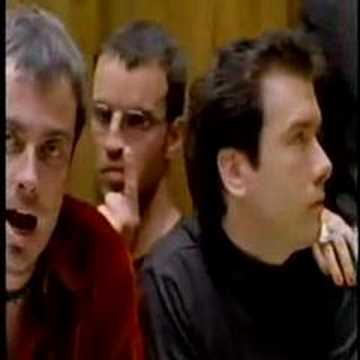 The other stripped-down Catherine Wheel songs that Dickinson performs acoustically on the bonus CDÂ  are “Black Metallic,” “I Want To Touch You,” “Show Me Mary,” “The Nude” and “Ma Solituda”.

Thanks to TheTripwire.com not only for the tip about this but for a free download of Dickinson’s acoustic “Crank”.

While on tour, Blind Melon is going to be doing some in-store acoustic appearances. Check them out in some intimate settings. Check back next week for a concert review (and hopefully interview) of the May 20 show in Columbus.

American Laundromat Records has put together their latest tribute CD, this time honoring the work of ex-Pixie, current Breeder, sometime Amp, former Dayton, Ohio resident Kim Deal. The names aren’t as recognizable on this one as the artists who have contributed to some of ALR’s tributes in the past to Neil Young and The Pixies, but you don’t always have to have recognizable names for a good final output (see: Beatiful Escape: The Songs of the Posies Revisited).

The Kim Deal tribute CD will be available in early June. Here’s the tracklisting: