Get the TiVo fired up and make sure to pick “season pass” for LA INK which premieres on Tuesday night on TLC. The show is a spin-off of Miami Ink, the show which first introduced tattoo artist Kat Von D to a national audience. Things didn’t go so well in Miami so Kat moved back to L.A. where she set up shop with a talented group of artists including my old friend Kim Saigh (pictured at left).

Now, to put it in perspective, I haven’t seen Kim in probably 12 years but for a year or two we hung out a lot, mostly due to our common interest in hair metal. One of my greatest concert memories (a 2-day stretch of seeing Spread Eagle at the Real Flash Gordon’s in Cleveland and the Akron Agora in Akron) involves seeing those shows with Kim and hanging out with the guys from the band.

Kim’s music tastes and mine always seemed to match up (though I think she preferred Motley Crue over Warrant) back in those days and when Nirvana came along and killed the hair metal genre, we both hopped aboard the grunge bandwagon and started listening to bands like Soundgarden – always trying to outdo each other with our discoveries (I will gladly lay claim to “discovering” Mindfunk … ha ha! … while Kim introduced me to Primus). In fact, if it wasn’t for Kim, I’m not sure that I would have ever had the opportunity to develop a close friendship with Blind Melon. Kim was going to drive to Columbus (from Cleveland … about a 2 hour drive) to catch Soundgarden at the Newport Music Hall. Trying to impress her, I said that maybe I could use my *cough cough*Â  “status” at a college journalist to interview Soundgarden and get us both backstage to meet Chris Cornell. When I discovered that Soundgarden wasn’t talking to lowly college reporters, I went to plan B … interview the opening band with the hope that if I could hit it off with them, THEY would invite us backstage where we could weasel our way into Soundgarden’s dressing room.

As it turned out, this band that didn’t have a record out – Blind Melon – was opening a short string of dates for Soundgarden and were all too happy to get some press early in their career. I hit it off with Shannon Hoon when I spoke to him on the phone a week before the gig and we became friends based on that conversation. I was able to hook us up with free tickets to the show but Blind Melon didn’t have access to Soundgarden so we fell short of meeting the band that night. But we did get to hang out quite a bit with Blind Melon both that night and the following night in Cleveland where we were just a closed door away from meeting Chris Cornell, Kim Thayil, Ben Sheppard, and Matt Cameron.

As grunge was replaced with pop-punk, Kim and I headed our separate ways – it wasn’t something intentional, we just had different lives (mine as a college student in Columbus, hers as a budding tattoo artist in Cleveland) and eventually lost touch. The last time I remember seeing Kim was at the Grog Shop in Cleveland at a Pitchshifter/Stabbing Westward show (she was there to see Pitchshifter, I was there to see Stabbing Westward). Over the years, as the internet took off, I would occasionally look Kim up to see what she was doing but information was hard to find. And then, earlier this year, I discovered Kim had finally caught up to MySpace and had a newly created profile. In the first exchange we’ve had in 12 years, Kim told me she had been asked to join the cast of LA INK and was going to be moving to L.A. (from Chicago) just a few weeks later (this was in early May) for filming to start.

Mrs. Ned, god bless her, asked me a few questions about Kim after I mentioned she was going to be on LA INK including asking what her last name was. Little did I know that Mrs. Ned was trying to hook me up with a fantastic birthday present – the gift of a tattoo designed and inked by none other than my long lost friend. Unfortunately, airfares being what they are, the idea was quickly kiboshed after Mrs. Ned couldn’t find a flight to L.A. for less than $300.

So, starting this Tuesday night, while the rest of the world is getting their introduction to Kim, I’ll be doing a little catch up on the last 12 years, even if it involves no personal interaction other than just watching the show. After seeing the interview clip Kim did to help promote the show (select the LA INK:Kim Saigh clip) , I’m glad to report that the 2007 Kim is the same Kim that I first met in 1990. Hopefully she still finds Willie D’s “Bald Headed Hoes” to be one of the funniest songs committed to tape! 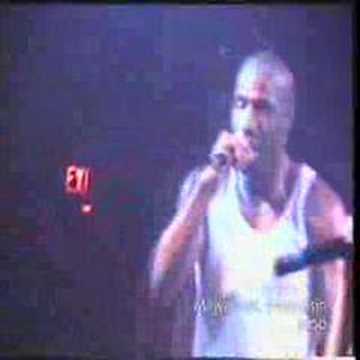