Caught Adam Franklin’s show in Columbus last week and felt very honored to do so as the ex(?) Swervedriver frontman played a set of consisting entirely of solo originals rather than dipping into the Swervedriver catalog and did so in the very comfy confines of a club (Andyman’s Treehouse) that, if there are 50 people in the room, feels very tight. Without the sonic propensity of Swervedriver behind him, Franklin still managed to recall his roots which lean towards the shoegazing, Pink Floyd-psychedelic side of things (the lengthy closing track, “Ramonesland” was really rather incredible).Â  A few days before the show it was announced that Franklin’s former band would be getting back together for a reunion tour in 2008 and Franklin spoke to Billboard about the plans for 2008.

I captured Franklin and band performing “Seize the Day” though the recording has two strikes against it as the club was dark and my camera doesn’t do so well with loud audio. But you can still enjoy the atmosphere and appreciate the size of the room he was playing. 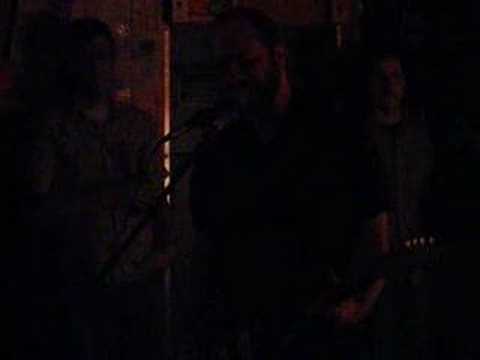