Ever hear a song that reminds you of a very specific time and/or place in your life? There are many songs that when I hear them I associate a part of my past with.

Back when I was a kid, my brother and I used to visit our grandparents in Cleveland (this was before we moved there when we were just a bit older). I remember hearing about this place downtown called “The Arcade“. Now, for any pre-teen growing up in the ’80s, the word “arcade” led to salivation and the mind ran wild. “Do they have a new version of Donkey Kong? What’s the newest racing game? Think they have multiple Dragon’s Lair machines?” The reality is that the Arcade in Cleveland was nothing more than a mall, and not even a good one at that (no book store or record store that I can remember). I honestly don’t even remember what was in the Arcade but I know it was a total letdown … at least until we rediscovered it when we were in our late teens.

Kids around the high school would talk about getting fake IDs and always list off a few places where you could go get “legal” fake IDs (“For amusement purposes only”, but of course). There was a place on Lorain Road in Rocky River near The Real Flash Gordon’s (where I saw Pantera on their Vulgar Display of Power” tour) but supposedly the place with the most realistic fake IDs was a place in the Arcade. Now, we weren’t dumb enough to think that these would be foolproof fake IDs but we knew that there were a few carryouts in downtown Cleveland and Lakewood that would pretty much accept any form of ID with a photo and a birthdate that stated that the owner of the ID was over 21, even if it was an out-of-state “identification card” rather than a license.

END_OF_DOCUMENT_TOKEN_TO_BE_REPLACED

It’s been a while since we’ve heard anything from Jimmy Eat World – nearly 3 years to be exact (Futures was released in October 2004). On a personal level, I’ve watched the band go from playing small basement clubs in front of a handful of people to headlining (and selling out) 1,200 seat clubs and opening arena tours for the likes of Weezer. Not too bad for the little emo band from Arizona.

JEW have finished recording their new album and now are in the mixing process which hopefully means a fall 2007 release. In the meantime, the band is hitting the road this summer to preview new material for fans. Most of the dates are at venues that are probably a little too small for the band to be playing at at this point in their career but since the new album isn’t out yet, maybe it makes sense to do a scaled back tour.

Tour dates after the jump.

END_OF_DOCUMENT_TOKEN_TO_BE_REPLACED

Okay, so I don’t really care about either of these artists but after the Rooney/Fergie tour announcement last week, I didn’t think I’d see a stranger double bill this summer. And then came the Good Charlotte/Justin Timberlake announcement. It just shows how much music barriers have broken down over the years. Yeah, Good Charlotte aren’t *real* punk rockers, but this is the equivalent of a Green Day/Michael Jackson tour 10 years ago in my opinion. Weird, weird, weird.

Huh? Did I hear you say you’re dying to hear Poison’s cover of JT’s “Sexyback”? Alright, here you go:

If you really care, tour dates after the jump.

END_OF_DOCUMENT_TOKEN_TO_BE_REPLACED

Got my hands on The Twang’s new album Love it When I Feel Like This and I’m kind of digging it. I’m usually a sucker for Brit-rock so it’s not a big surprise that this has caught my attention. NME loves ’em, calling them Britain’s best new band of 2007 but they’ve got as many critics as lovers. I guess it all depends on what you think of Oasis, The Happy Mondays, and The Stone Roses, the three bands that most often get name dropped in Twang reviews.

Check out a couple of videos and let me know what you think. 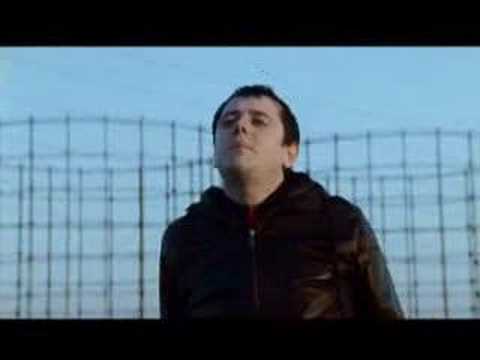 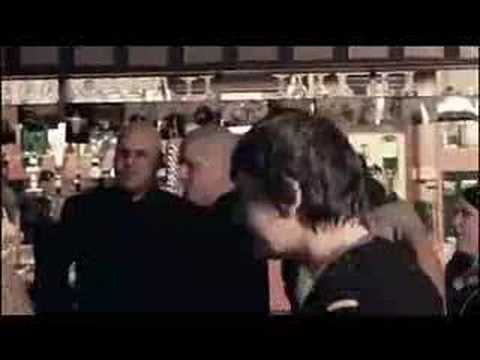 Has it really been seven years since the last release from The Rentals? Seems so though head Rental Matt Sharp has released some solo material in the interim. While Sharp hinted last year that his band was working on new material, there was very little evidence to support the claim.

Now comes word from The Rentals camp that a brand new 4-song EP featuring the tracks “Last Romantic Day”, “Little Bit of You in Everything”, “Life Without a Brain” and a reworked version of “Sweetness and Tenderness” (from 1995’s Return of the Rentals) will be available on August 14. Not quite as good as a full length, but it will be nice to hear something new from the former Weezer guitarist.

Itching to get back on the road, The Rentals have lined up 2 months worth of tour dates starting in August. Copeland and Goldenboy will join The Rentals on all dates.

Just for fun, check out this interview I did with Sharp back in ’97 shortly after Seven More Minutes was released.