It’s been two years since Mudhoney last released an album but news is that one of SubPop’s most legendary bands is set to hit the road this spring. Is a new album in the works? Guess we’ll have to wait and see. In the meantime, check out Mudhoney at one of the following dates:

You’ll be reading much more about Mudhoney drummer Dan Peters’ other gig, The Press Corps here real soon. The band also features Erik, Garrett, and Marcus of Alta May and Bruce of Mother Love Bone/Love Battery.

How about a live performance of Mudhoney’s “Touch Me I’m Sick”? 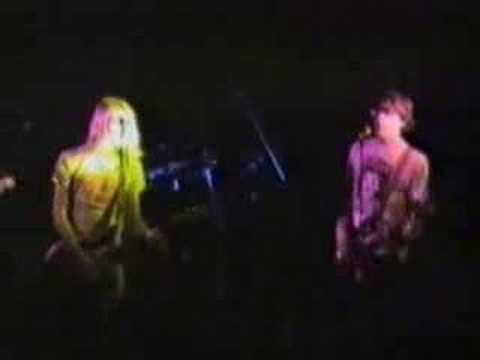 Hansard and his co-star/girlfriend Marketa Irglova will be performing their Oscar-nominated song “Falling Slowly” live during the Oscars on Sunday night backed by an orchestra. It should be nothing short of amazing and it would be a pretty safe bet to place money on “Falling Slowly” winning the Best Song Oscar.

Hansard and Irglova will be touring the U.S. this spring. The dates are as follows:

Not that I didn’t like the old look and feel, but I thought it might be worth trying something new. The only thing I’m not wild about is the bow on the skull’s head, but the rest I can live with.

From the Jimmy Eat World email list (all dates with Paramore):

Here are the details. All times reflect local venue times. The previously announced Washington, DC and DeKalb, IL shows will go on sale next weekend. Watch jimmyeatworld.com for details:

END_OF_DOCUMENT_TOKEN_TO_BE_REPLACED

Taking a bumpy off-road off the Sparta highway, Jim Ward is exploring a previously untapped path with his new project, Sleepercar, a full-blown rootsy, twangy, rural rock offering. While Ward’s bread-and-butter, Sparta, is known for it’s melodic, post-hardcore sound which, itself, is just a few steps removed from Ward’s previous band, At The Drive-In, Sleepercar owes much more to the mid-America sounds of Gram Parsons, the Old 97s, and the tumbleweed landscape of Ward’s home state, Texas.

Sleepercar has a handful of Texas tour dates coming up (including an appearance at SXSW):

It’s interesting to note that there is another band with the same name out there, just displayed a tad bit different. Sleeper Car, from Chicago, not so surprisingly, also plays in the Americana sandbox and you should keep your eyes on these guys as well; their ‘Love and Anxiety’ EP is getting a lot of plays on my iPod lately.