New Model Army formed in England in 1980. Led by singer/songwriter Justin Sullivan, the band covered the same political territory as peers U2 and The Alarm but, at least in the U.S., never gained the notorietyâ€”or experienced the record salesâ€”that those two bands did. Mixing a punk ethos with a pop sensibility, New Model Army has influenced bands ranging from trash metal masters Sepultura to Irish folkies The Frames.

In the fall of 2006, the band inked a deal with U.S. indie label Devil Doll Records to release the BD3 EP. I had a chance to speak with Justin Sullivan at the tail end of the year while he was on tour in Portugal. Let it be said that Sullivan is one of the most well-spoken musicians I’ve ever had the pleasure of interviewing.

With a recently announced rare tour of the U.S., I thought it might be a good opportunity to dust off this interview (which first appeared in Skratch Magazine earlier this year) and unleash it to a global audience.

END_OF_DOCUMENT_TOKEN_TO_BE_REPLACED

Here’s the way I imagine it went down four or so years ago:

“Dude, I’m really stoked about this thing I’m working on. We’re calling it Dramagods and it kicks ass,” Nuno says.Â  “What’s up with Perry these days?”

“Yeah? The Dramagods stuff is recorded and finished. If you guys need somebody to come jam on a few tunes, here’s my cell number,” Nuno says.

Two weeks later, the manager calls Nuno and invites him down to an informal jam session. “Just don’t mention that you were in Extreme, okay?”

Nuno shows up at Perry’s pad, lays down some killer riffs and is offered a job on the spot by Perry who has no idea who Nuno is. The two start working on material together, Nuno brings in the drummer from Dramagods for a “guaranteed pay day, dude” and Satellite Party takes off.

Cut to present day, Perry Farrell is doing the rounds with the press (I could have talked to him – for a different publication – if my work schedule had allowed) and people keep asking, “How’d you hook up with the guy from Extreme? Nobody saw that coming.” Perry doesn’t know how to respond since it’s only been 6 months since Nuno casually passed off a copy of Extreme’s Pornograffitti to Perry to check out.

Things start getting weird as the band begins rehearsals for their first official tour and some time last week, after being told that he’d have to ride with the roadies in the U-Haul, Nuno decides the time is right to bail and go back to just being the “guitar guy that used to be in Extreme and now has this new band called Dramasomething”.

At least that’s how I envision it in my head.

Just like their former tourmates Guns N’ Roses, Helmet contains just one original member. And in both bands cases, that one original member is the most important one. Page Hamilton resurrected the Helmet name in 2004 after a 5-year vacation with essentially an all-new lineup (former Orange 9mm guitarist Chris Traynor was the only holdover). Size Matters, the 2004 release, did nothing to damage the good Helmet’s name in the post-hardcore world as the songs followed the chugga-chugga template that Helmet rode to a major label deal in the early ’90s. Monochrome followed in 2006 and the band made appearances at both the 2004 and 2005 SXSW festival in Austin, Texas (of which I caught both … the 2004 show being one of the highlights for me that year).

Helmet has announced a short run of summer dates with Burning Brides and Priestbird serving as support. These shows will take place in small venues, the likes of which Helmet hasn’t played in probably close to 20 years (Helmet did play some smaller clubs during a late 2004 tour but the venues for this tour seem to be even smaller, in the 200 – 300 person range).

“Yeah, I listen to a lot of different kinds of music. Have you heard the new Nickelback CD? It’s one of my favorites, I think you’d like it.”

Here’s what my “friends” have to report: 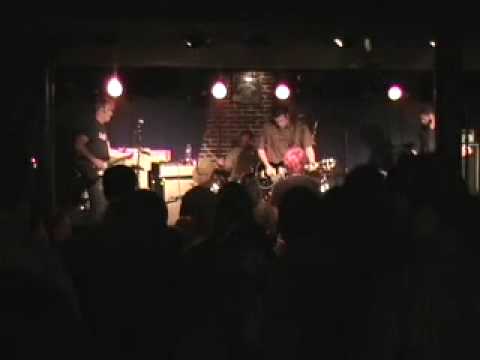